My two brothers and I embarked on a Mexico adventure traveling to Cancun, Playa Del Carmen, Cozumel, Tulum, Merida and Chichen Itza. As brothers we love traveling together to see the world and all the different cultures it has to offer. All of us living mostly on the west coast of the United States, Mexico is close and we love traveling there. While in Tulum, we decided to adventure out and see if we could find an exclusive beach away from the crowds with hopes of discovering some good snorkeling. We had tried our best near the resorts but didn’t have much luck. In the middle of our quest to find that perfect, private snorkeling spot, we stumbled upon a small patch of beach in a cove just north of the resorts that was completely covered in micro plastics and trash. Like completely covered; you could barely see the sand.

Our hearts instantly sank into our stomachs as all three of us had been brought up near and in the ocean. The ocean has a special place in our hearts and seeing it covered in filth really brought us pain. After a few minutes of trying to realize what we were seeing, the youngest brother between the three of us Peter, made the decision right then and there, that we would return to Tulum with a team of volunteers and we would clean that beach. My other brother James, agreed and loved the idea and we continued on with their trip.

After returning home and settling back into reality, Peter had sent James and I a link to a GoFundMe account to see if we could raise money to return back to Tulum to do what we said we were going to do, to clean that beach of its trash and filth. The three of us set out to see if we could make it happen. After a few short weeks we had raised almost $5,000 which would cover plane tickets, lodging, food, and supplies to clean the beach we had found. Capital raising strategies were mostly cold calling but also an awesome evening event held in Salt Lake City Utah by the owners of Rye Diner where Peter previously worked as a server. It was an auction type of event where all the proceeds of the auction went to the trip. It was truly a great evening for all who were involved and attended. Many thanks to all of the donators that made this project possible:

A special thanks to the largest donator Kris Kehler and Chris Queen at DebtPayPro Software. They were both monumental in allowing for this trip to happen.

Also a special thanks to Vincent Lipari over at Actum Processing as the second largest contributor to the project.

Now that we had raised enough money to make the trip a reality, we needed a few helpers to make the project possible. The volunteers that we owe many many thanks to are Dulce Lopez, Jimmy Roney, and Erika Franks. Together the six of us boarded a flight to Cancun to find our way back to Tulum Mexico.

Upon arrival we had the van rented, all the supplies we needed, and the Airbnb ready to go. Over the course of the next three days the six of us picked up roughly 2,000 pounds of micro plastics and trash for a total of 35 very large trash bags. Micro plastics are not only the worst for the environment and the ocean, but it’s also the worst to pick up. We had brought sand sifters with us knowing that picking up micro plastic by hand would be impossible. We looked like gold miners trying to sift for gold. Other items that were picked up were tons of shoes, plastic bottles, glass bottles, hair brushes, toy dolls, and much more. We even picked up a few needles which was a bit scary. After the third day we were sunburned, sleep deprived from being sun burned, exhausted, and fulfilled with over-whelming happiness. We left that beach looking like it had never been touched by a piece of plastic. We were so proud of our hard work and to Southern California they all returned.

Peter, my brother who planned and organized the entire trip expressed “Looking back on what we had accomplished was both sad and extremely happy all at the same time. We were sad because we made a very very small dent on what is a very large problem on our planet. We were happy because we worked insanely hard and the beach looked amazing and for three days six of us worked together to make a difference.”

We will definitely be planning more beach clean ups and not-for-profit events in the near future and we encourage anyone who feels the way we feel or believes what we believe, to help out in any way you can. 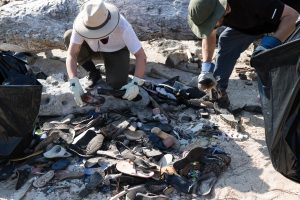 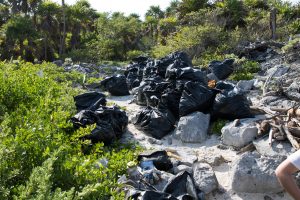 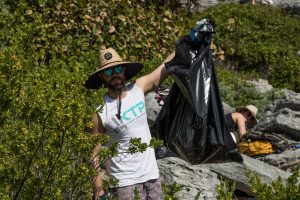 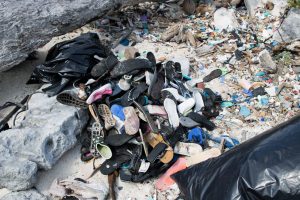 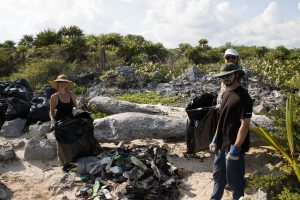 Trey Markel is a Southern California Fintech Entrepreneur with a life passion for the ocean and helping individuals find peace within themselves. Trey is the founder of the non-profit organization Keep the Peace Corp.